India and Myanmar exchanged 10 Memorandums of Understanding (MoUs) in different various fields including energy, infrastructure, health, transport and communication and conservation of Tigers and other Wildlife.

The Myanmar President was accorded with a ceremonial reception at the Rashtrapati Bhavan. Following this, he visited Rajghat and paid tribute to father of the Nation, Mahatma Gandhi and held discussions with Prime Minister Narendra Modi on a wide range of bilateral issues. 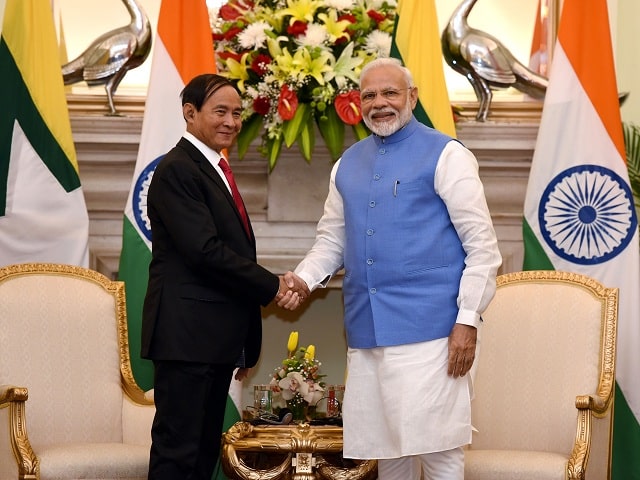 Following is the list of 10 MoUs exchanged between the two nations:

India is Myanmar’s fifth-largest trading partner and shares religious ethnic and linguistic ties with the nation. The bilateral trade between the two nations witnessed an 8 percent jump during 2018-19 and the current trade stands at USD 1.7 billion.

Myanmar is the only ASEAN nation adjoining India that provides a gateway to South East Asia. India is further aiming to boost its cooperation with the nation under its Act East and Neighborhood First Policies.

You may have missed

Impact of Chinese Four Pests Campaign and Importance of Ecosystem